How many greetings do you know? 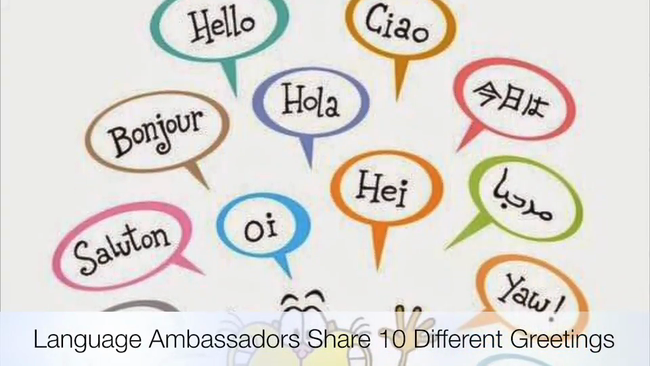 To celebrate European Day of Languages 2020, our Language Ambassadors wanted to share greetings from across the world. We had a fantastic day of activities including additional language lessons, creating language promotion posters and learnt songs from across the continent!

Congratulations to our new Language Ambassadors for this academic year:
Sophie,Faith, Ewan, Filip, Marrius, Alex, Andrei, Seri-Ann, Natalia and Sophia.
These children have been chosen to represent our school, as great role models for promoting languages across the school.
Our Ambassadors play an important role in the organisation of Language Days in our school and closely work with teachers to promote the importance of learning a foreign language in primary schools.
They enjoy their role as Language Ambassadors because they are proud of their cultural heritage and the languages they speak. This also gives them a chance to encourage other children to have the opportunity to speak a language that they do not learn in school.

"Today, we were awarded our ambassador badges by Mrs Sherry and we are looking forward to getting started with our first meeting in the next few weeks." 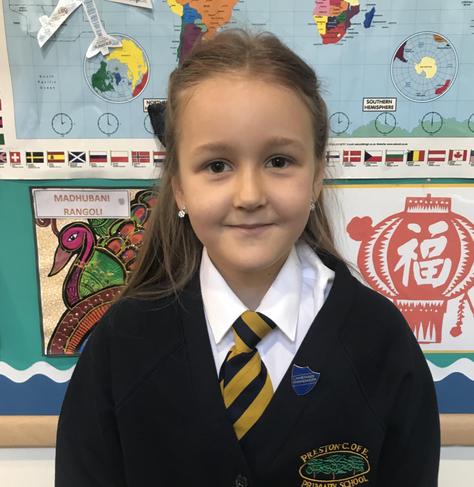 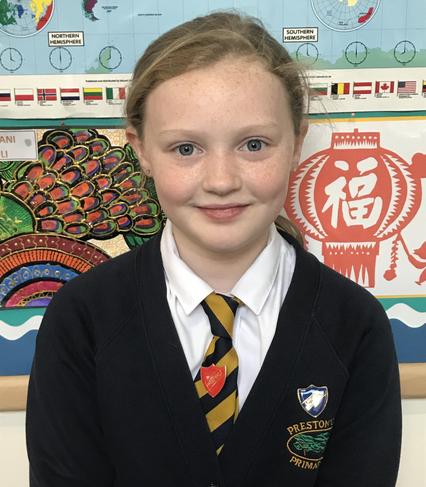 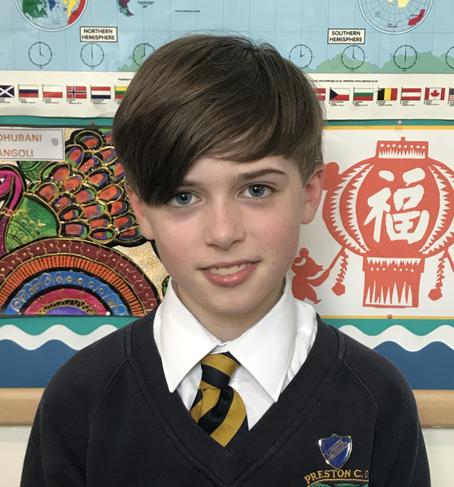 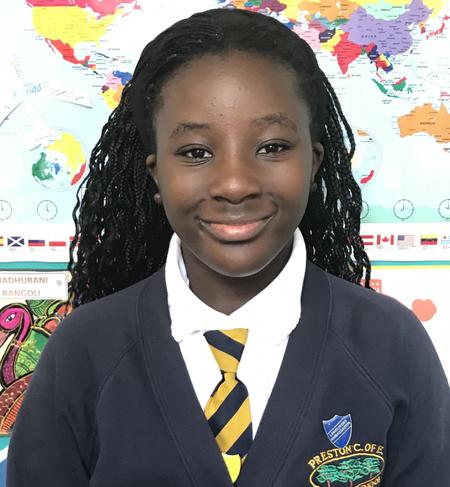 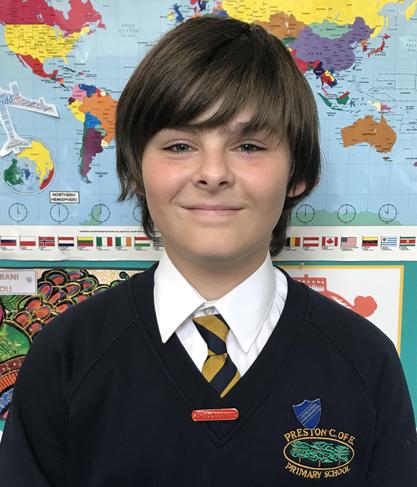 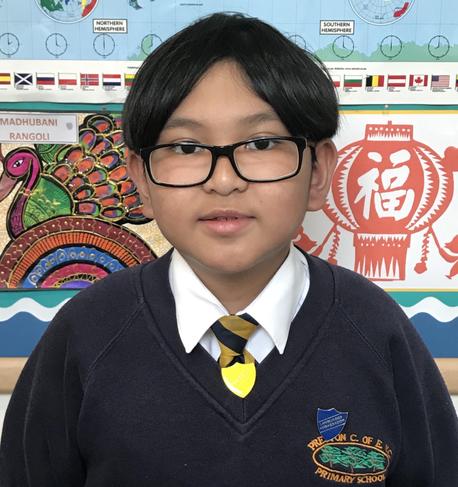 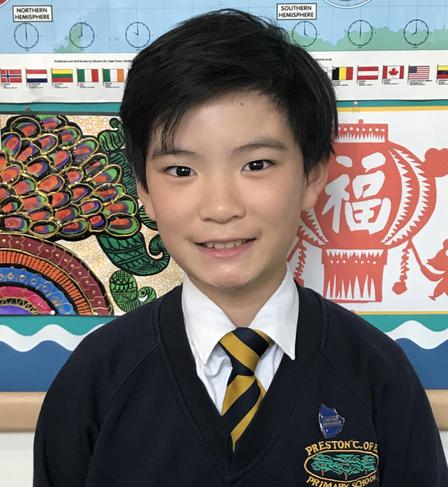 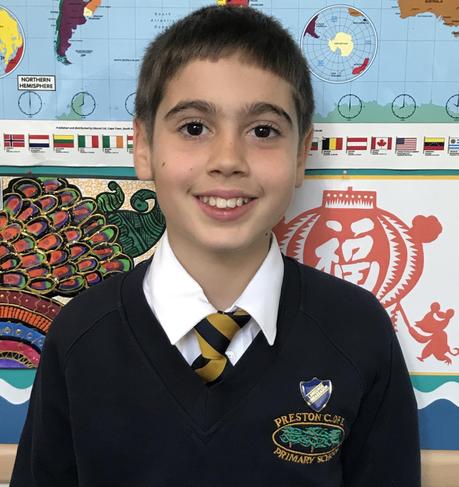 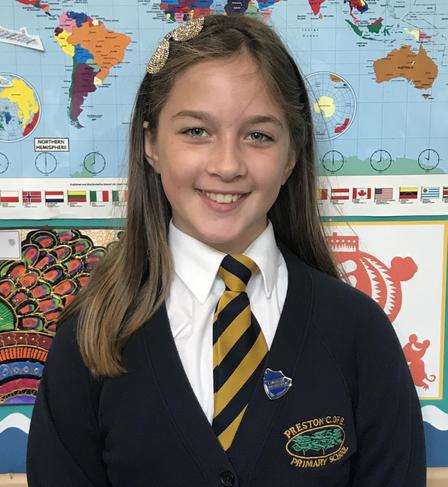 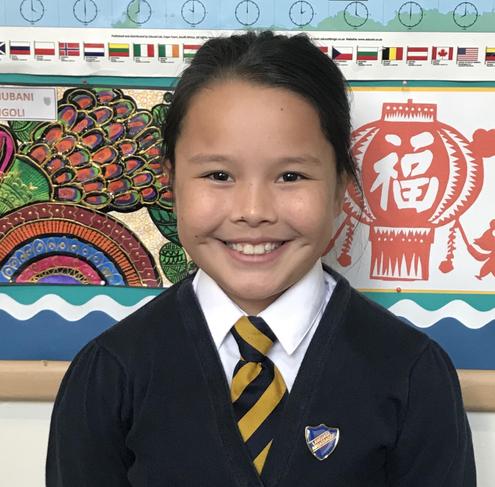 At Preston Primary School we have Language Ambassadors who promote the school’s positive ethos in language learning.

Congratulations to our new language ambassadors (above) for this year. These children have been chosen to represent our school as great role models, promoting the importance of language and the diverse world we live in.

On Tuesday February 25th, The Language Ambassadors visited West Abbey Care Centre. During their visit, they shared their knowledge about the festival of Mardi Gras. The children wore their masks that they had made that day, and talked openly with the residents about their roles within the school. Helen Calaco (General Manager of West Abbey) stated,” The residents loved seeing the children and it is great to see intergenerational activities taking place within the community.” 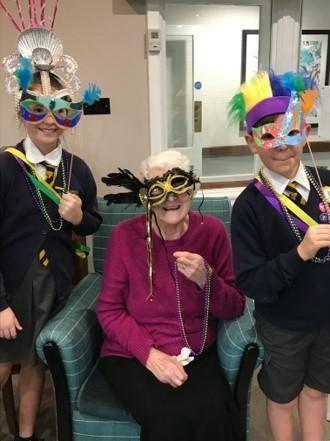 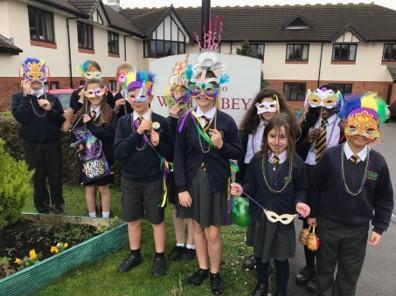 Our Language Ambassador showed great courage and commitment today when they held their first Key Stage 2 Assembly (Years 3 - 6). For many, this was the first time they spoke in front of so many of their peers. They spoke eloquently and with confidence when sharing what Mardi Gras meant to them and how it was celebrated in their native countries. 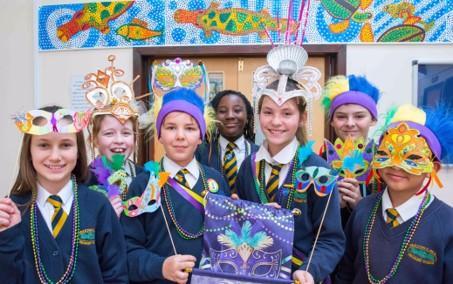 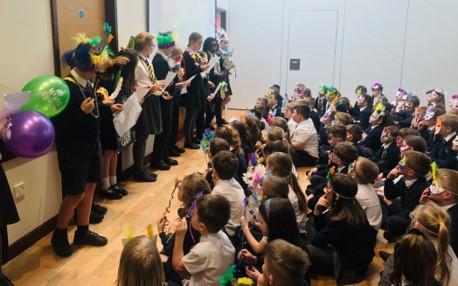 During World Book Day this year, Stella and Alvina (Language Ambassadors) from Year 6, read a French book with the children of Oak and Chestnut. The book, 'Je suis trop gros' – I’m too big, depicts a humorous story of an elephant and a giraffe. The children thoroughly enjoyed the story and were even able to repeat some of the French words too. Très Bien! 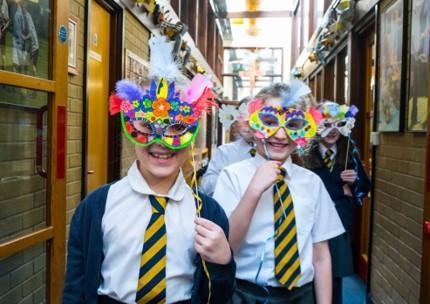 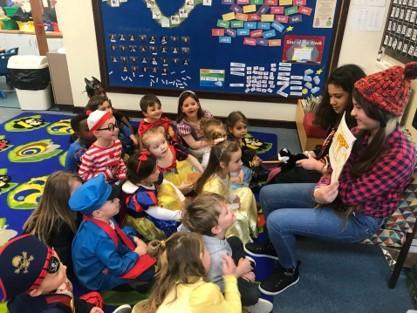 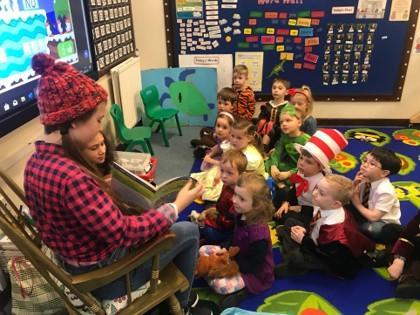